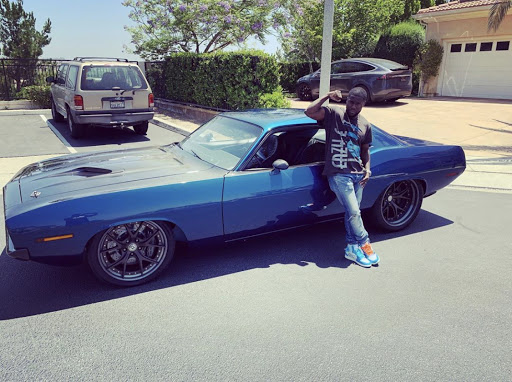 On a recent early morning, Kevin Hart was seriously injured and hospitalized directly thereafter as a result of a car accident involving his engine-swapped classic car. The high-profile car accident lead to the news to spread through communities like wildfire, and since then his wrecked classic has been taken by California lawmakers to investigate various safety precautions that were lacking in the vehicle, leading many classic car enthusiasts to be concerned about the future of their cars that were built before a time of airbags and various other safety features modern cars have to boast. California lawmakers may alter current rules and regulations on classic vehicles in California in order to directly address Kevin Hart’s accident and reduce the risk of serious injury to drivers of “outdated” vehicles.

Early in the morning of September 1st, 2019, Hart’s 1970 Plymouth Barracuda he bought in July as a 40th birthday gift to himself, then driven by Jared Black (Hart’s friend), careened off the road, through a fence, and rolled down a ditch in Calabasas, California. Two of the three occupants were trapped in the vehicle, and Hart was transported to his nearby residence to receive medical treatment. Hart and Black sustained “major back injuries”, as stated in a report on the incident, and it was later revealed that Hart had suffered three spinal fractures, requiring back surgery. On September 11th, Hart was released from the hospital and transferred to a live-in rehab to begin his process of physical therapy for a week (until he was allowed to return home and continue his therapy there). A live-in rehab is commonly used for people with serious injuries to be closely monitored throughout the process of their recovery.

It is believed that a lawsuit in the case in very probable considering that the 720 horsepower Barracuda involved in the accident did not include various safety features such as safety harnesses and airbags. It is rumored that Hart is in the crosshairs of the other two passengers that were in the vehicle at the time, and he may be sued for negligence as a result of the lack of safety measures in the vehicle. The argument is that Hart should have been more focused on keeping the car safe to drive than keeping it original and authentic. Another issue at hand is that the company that customized the Barracuda may be at fault in the accident as well, considering they did not include the safety measures in the build. Even if Hart specifically requested the measures were not included in the vehicle, a case may be made that the company should have refused to do the job.

The vehicle has since been confiscated by the California Highway Patrol to investigate the cause of the accident in the first place, as it has been determined that alcohol/drugs were not a factor in the accident. It is also believed that the future of classic automobiles may be changed as a result of the high-profile incident, and that additional safety measures may be required in the future for classic cars across California. However, this remains a concept (along with a lawsuit) and has not happened yet, although many believe that it is likely to come to fruition in the future.