The Rise on the Juul Epidemic 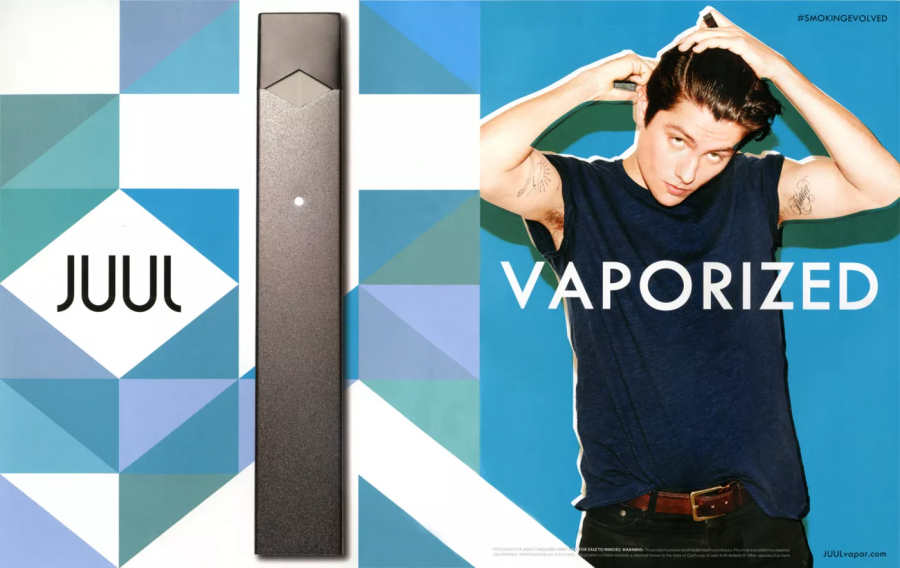 The Juul brand came to fruition after being introduced in 2015. Although the company claimed that its mission was to substitute cigarettes for smokers, this new e-cigarette brand marketed towards a younger audience using youthful influencers to promote their company. This company has used influencers with reach to younger audiences to market their vape products. Influencers are usually public figures with the ability to influence potential buyers of a product or service by promoting or recommending the items on social media. This form of marketing makes the consumer believes the product is cool or safe if one of their idols endorses or promotes the product. The vaping industry is a booming market and JUUL dominates 72% of this successful industry. This brand of cigarettes appealed to pre-teens and teens. This has caused what is now called a Juul epidemic. According to tobaccofreekids.org, in 2018 e-cigarettes used by American high school students rose by 78%. Juuling has become a norm and even a trend mostly amongst junior high and high school students. Truthinitiative.org held a poll on Juuling, the statistics depicted that 47% of teens began to Juul because their friends did, 25% of teens Juul because they think it’s less harmful than tobacco, and 29% smoke Juul due to the various flavors available. Due to the excessive use of e-cigarettes, a large number of teenagers are being hospitalized. Teens with no previous health problems are now being treated for lung damage. Texas teen, Tryston Zohfeld, stated: “I woke up just throwing up everywhere, and my heart was beating out of my chest going 100 miles an hour,” when talking to ABC. His parents were not aware that he was vaping. Juuls are very easy to conceal due to their size and build. Tryston is now attempting to spark a conversation about the dangers of Juuling in order to prevent damage happening to other teens. JUUL Labs Inc. is now facing scrutiny from United States officials in power, after numerous amounts of harm and damage. JUUL Labs Inc. is now facing scrutiny from the United States officials in power after numerous amounts of dangerous and poor marketing by the company. Raising the law to 21 years of age for all tobacco products nationwide is being considered federally. Along with pushback from the government, The Food & Drug Association claims that they are preparing to launch an anti-vaping campaign o influence people (mainly pre-teens and teens) to quit smoking. JUUL is a brand that is largely influencing the younger generation for the worse, as well as causing medical traumas that could be harmful and potentially fatal.