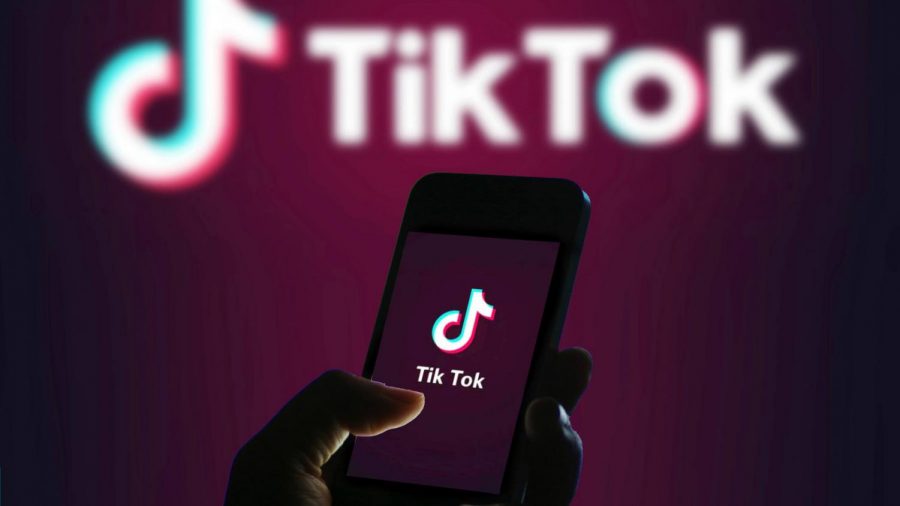 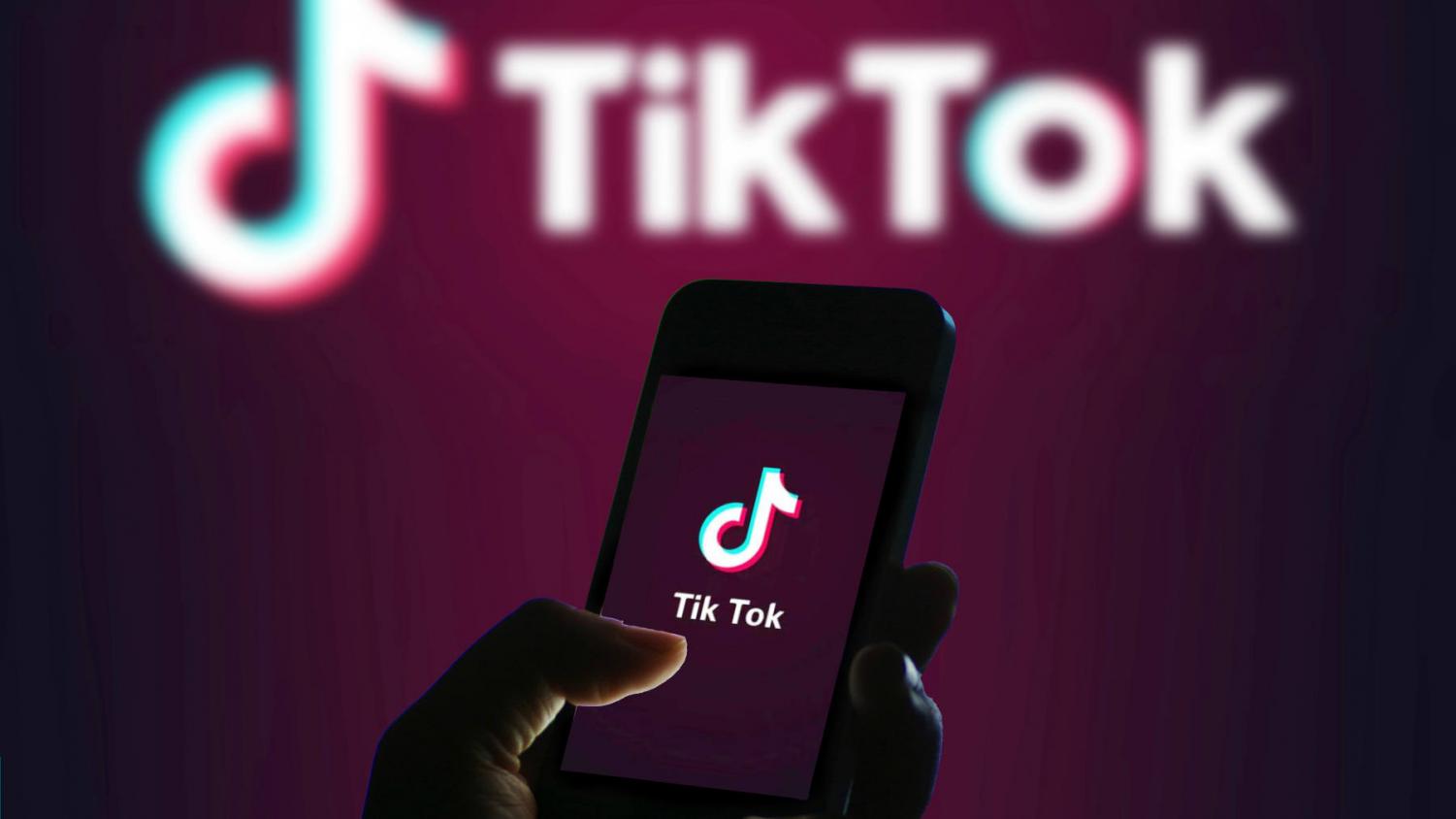 TikTok is a social media video app that allows users to create and share quick lip-sync, comedy, and talent clips with people all around the world. The addictive app has launched many careers of several ordinary teenagers such as Jacob Sartorius, Annie Leblanc and Danielle Cohn, who are set to make millions as the years go by.

Sophia Mend (or otherwise known as @daddydookiebrown) is a 17 year old whose friends persuaded her to join the TikTok community and now more than 128.3K people watch her daily. Mend’s friends were aware of her enthusiastic humor and thought that she would be perfect on an app that basically thrives on teenage humor. Her four best friends convinced her to download the app that Mend once despised and made her make videos. Mend posted her first video in June of 2019 which instantly blew up. People from all around the world were captivated and started liking and following her videos. “10000% I owe my TikTok fame to my best friends.” Mend has over 3.1 million likes on her account and over 2 million views on some of her videos.

The high school senior never imagined being the popular creator she is today. She went from being a highschool student who takes tests and has normal classes to completely being an overnight sensation on the app. “I didn’t expect to have the influence that I do now, I thought I would make one video it would get 11 likes and I would carry on with my day.” Most teens have faced similar paths as they were on their way to becoming a celebrity on the app. Mend doesn’t really consider herself any different than the average highschooler. “I’m just a greasy scrawny 17 yr old Cuban girl with a good sense of humor I’m no different from anyone else, I still go to school, I still have strict parents, I still have regular kid issues.”

Most teenagers get so immersed in the app that it requires a full-time commitment to the point where it’s a real job. TikTok accounts constantly require being updated, filled with fresh content, creators need to be a part of the ongoing trends and need to keep their audiences happy and busy. “I am totally addicted to TikTok it’s literally a full time job,” said Mend. “if I’m not making videos I’m constantly thinking of new and different ideas to keep my followers engaged, or answering fan messages, doing interviews and making business deals with other companies.”

The app can also sometimes exhaust teenagers that have to keep balance their social life alongside their school life “I barely have a second in my day to breathe because I also have seven classes that have tests and homework and projects, it all gets done but I keep finding myself procrastinating and leaving things till the last minute because I’m utterly addicted to my TikTok job.”

So is the addictive company harsh on their young employees? Well Mend’s all praises for the enormous TikTok Company, “TikTok is an AMAZING company” The business helps users reach their maximum potential by holding “immersion day” in states, where they help creators grow in their followers. “They had everything planned out to help us reach our maximum potential as influencers, “there definitely isn’t another company that cares about its creators like TikTok does.” With a very supportive environment and a helping hand on every step, it’s no wonder teenagers are obsessed with the app. 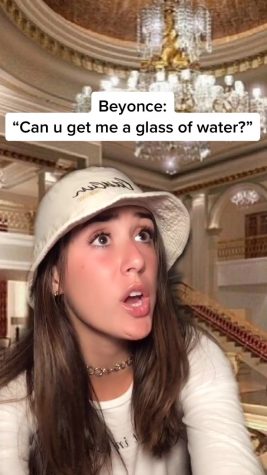 According to Mend being an influencer is a much easier source of income than having to deal with office jobs. “I have my own schedule as to when I make videos or when I go on live stream, there isn’t any pressure from a boss or having to get to work on time.” More and more teenagers consider joining the TikTok community because of how easy TikTok has made it for them, “Whenever I want I just pop up on my livestream and that’s essentially me working, even if I’m just sitting in my bed answering questions for my fans.” with such little work problems that TikTok brings, it’s easy to understand why more and more kids want to do it everyday. Requiring no basis of educational qualification, anyone can join, and anyone can be a creator.

So is it easy to make money off of the lip-syncing app? According to Mend, it is! “A lot of apps also pay me to promote their brand and I’ve been making a decent living off of that.” The 17 year old has a system of making money on the app. Usually the main source of her income comes from live-streams, where creators can have live chats with their fans and answer questions their fans might have “whenever a video of mine gets on the for you page I go on my livestream and my fans contribute money for absolutely no reason, it’s totally insane I love my fans so much.”with fans giving her money virtually online just by answering their questions and talking to them while she’s sitting on her couch at home, it’s safe to say this might be the easiest way teens underage can make money. “Since I started TikTok in June of 2019 I have made around $5,120 and I’m using all of it to help with college expenses.”

With all of the opportunities TikTok brings to young adults, doing it full time can require a lot of hard work and effort. The young adults who are willing to devote such time into building their internet empire do succeed while others such as Mend don’t really want to consider making it their full time job. “I will always do TikTok on the side but I still want to have my career and school always be my number one focus.” Considering the mental health problems it can cause for  being held responsible to supply a certain amount of fans fresh content, it’s completely understandable why teens won’t want to make it their full-time job.

Sophia Mend is a TikToker with more than 135k followers that goes by the name @daddydookiebrown online. She has managed to build her online empire within days while balancing her senior high school life. According to Mend TikTok really helps all of their online employees achieve their maximum potential by hosting seminars and ceremonies in every city, and providing tips and tricks to get their content internationally viewed. Mend earned around $5,120 since the June of 2019 by dealing with branding offers,etc. She plans to use this money for her college expenses, which she still wants to pursue even after having her online empire. Even though doing tik tok is easier than having to do an office job, Mend can never imagine leaving her planned career for TikTok, according to her TikTok will always be her side career.