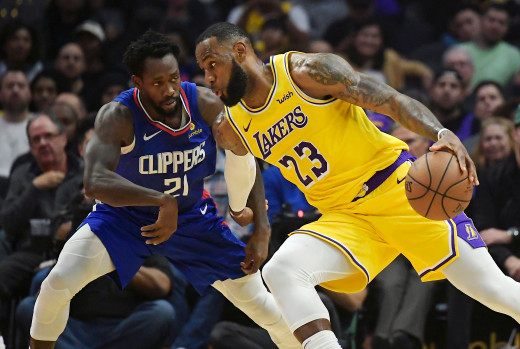 The Los Angeles Lakers’ first game of the 2019-2020 season took place on October 22, 2019. They played the Los Angeles Clippers at the Staples Center. This game had been long-anticipated since both teams are serious contenders to win the NBA championship this year. Ever since Kawhi Lenoard signed with the Clippers during the free agency, Lakers fans have been seeking revenge. Both teams have significantly changed since the previous season. In addition to signing Kawhi, the Clippers have also traded Shai Gilgous-Alexander, Danilo Gallinari, and four future first-round picks for superstar Paul George. The Lakers have traded Lonzo Ball, Brandon Ingram, Josh Hart, as well as four additional first-round picks for six-time all-star Anthony Davis. These two teams have become the biggest rivals in the western conference.
During the game, the Lakers started off the first quarter leading 13-6 by the six-minute. Both Anthony Davis And Lebron James combined for 32 points by halftime, while the Clippers were led by Kawhi Lenord and Lou Williams\; who combined for a total of 33 points by the half. At the end of the first half, the Clippers lead the Lakers 62-54. 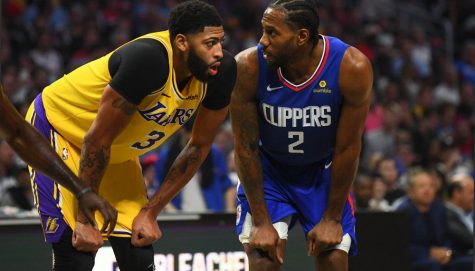 Danny Green, the starting shooting guard for the Lakers, had a tremendous night and scored 18 points in the third quarter alone. Green lead the Lakers to a 15-3 scoring run to end the third quarter tied at 85-85. Towards the middle of the fourth quarter, the lakers began to fall short and lost the game 112-102. The Clippers were led by Kawhi Leonard who put up 30 points, 5 assists, and 6 rebounds. Lakers fans walked away with their heads down but were shocked by Danny Green’s performance, who put up 28 points and made 7 shots out of 9 from the 3-point-line.