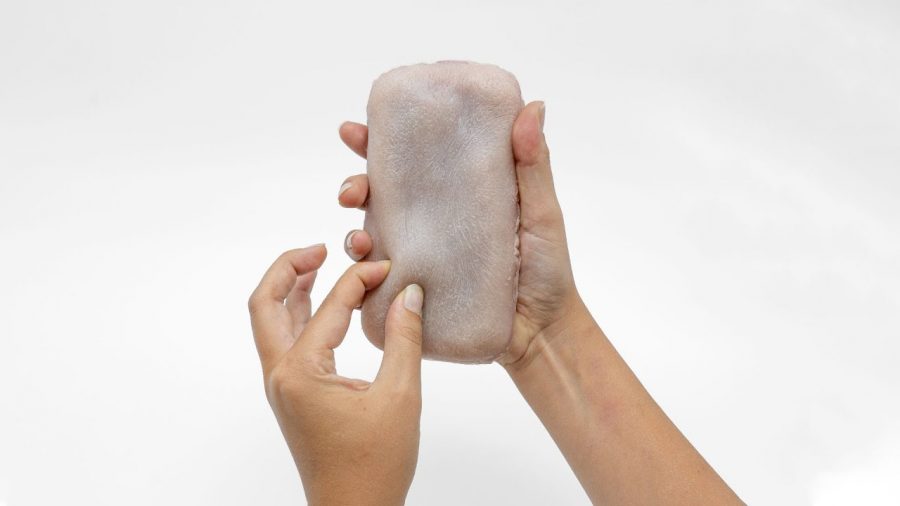 Ever wanted to pinch or tickle your phone? Well, you can check that off your list thanks to project leader and inventor Marc Teyssier, who recently unveiled the all-new Skin-On Interface. Teyssier created a phone case made with material that mimics human skin, so you can interact with virtual avatars and enable new forms of input gestures for end-users. This recent development could take touch technology to the next level for current interactive devices. The research team has also adapted it to fit other portable electronics, such as a smartwatch, companion robot, and laptop launchpad.

Marc Teyssier, Gilles Bailly, Catherine Pelachaud, Eric Lecolinet, Andrew Conn and Anne Roudaut are just some of the French masterminds behind this innovative product. The group realized that human skin seems to be the best interface for interaction. Thus Teyssier proposed this new paradigm in which interactive devices have their own artificial skin. “I followed a bio-driven approach where I took inspiration from the human skin to design the perfect artificial skin,” said Teyssier. Dr. Roudaut, who supervised the research, said “This is the first time we have the opportunity to add skin to our interactive devices. The idea is perhaps a bit surprising, but skin is an interface we are highly familiar with so why not use it and its richness with the devices we use every day?” 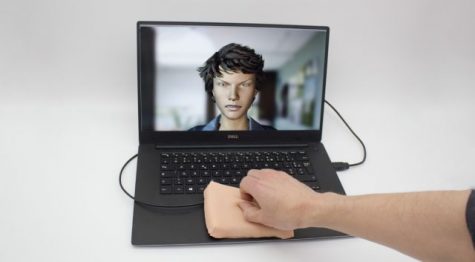 Skin-On Interfaces are sensitized skin-like input methods that can be added to the pre-existing devices to increase their potential and possibilities. The interface is created using layers of silicone membrane, therefore, making it more natural than the hard casing of phones, and can detect gestures made by end-users. This artificial skin allows the device it is on to “feel” the user’s grasp, including its pressure and location. Thus, it can detect interactions such as tickling, caressing, twisting and pinching.

Furthermore, a video was released by team members which shows them using it to control a handset by pinching, squeezing and prodding it to zoom in or out, and carry out other functions. Tickling the skin phone case could release a laughing emoji in a message, for example, while a pinch could result in an expression of anger.

Teyssier says “ When we interact with others, we use skin as interfaces. However the objects of mediated communication – such as the smart phone – still has a cold interface that doesn’t allow natural interaction and input.” People all around the world are astonished by this new invention and some even find it hair-raising. “I do think it’s creepy – I get it,” Teyssier told the BBC in his recent interview. It is the very first time that the uses of “realistic” artificial skin is actually being considered for augmenting devices. “We are not used to human touch on objects. This project has made people reflect on what technology is and why this is creepy” further said Teyssier.

Unfortunately, there are no plans to market this case, Although Teyssier has published several videos on how it’s made step by step. “Anyone can reproduce it,” he said. According to Teyssier, the materials of this case are mass-produced and each item costs less than seven dollars to make. By watching the videos he and his project partners created, anyone can DIY the item at home.

3 Responses to “Skin on Interface”