School Shootings: A New ‘Norm’ for the New Generation 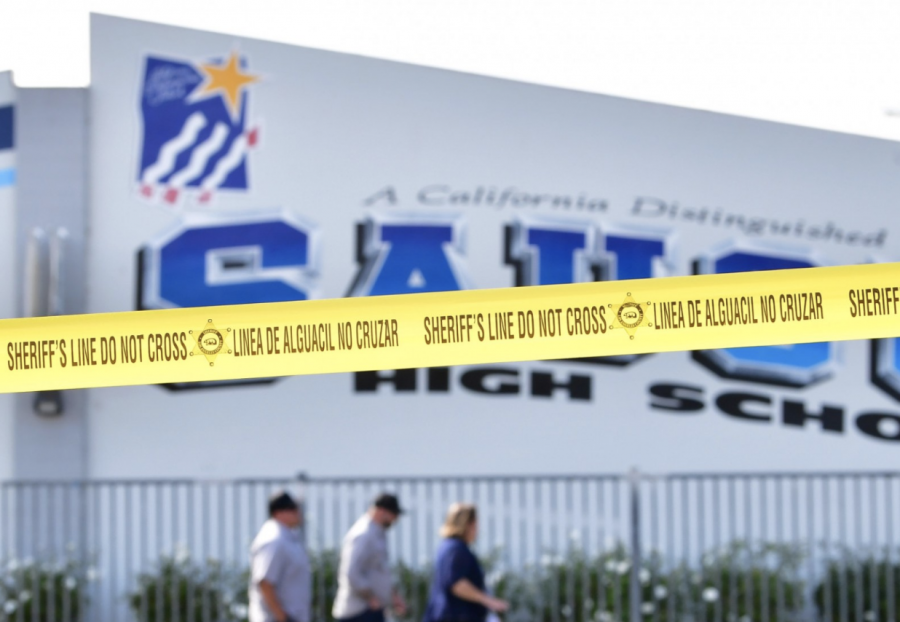 OPERATOR: Newtown 911. What’s the location of your emergency?

OPERATOR: O.K. What makes you think that?

CALLER: Because somebody’s got a gun. I caught a glimpse of someone, they’re running down the hallway.

This generation’s first experience of mass school shootings made its first appearance at Sandy Hook Elementary School when twenty-six people were shot dead. Twenty-year-old Adam Lanza had been carrying three various guns with him; a Bushmaster rifle, a Glock handgun, and a Sig-Sauer handgun. He had forced himself into the school. Into a school that would have never expected a man to kill many of their innocent children and adults. And America would have never expected its students to change the way they perceive the world, questioning how safe they are, questioning if their school could protect them from certain dangers in their future.

Seven years have passed since that incident, when on December 14, children and adults grieved for the people that they lost that day. But sadly, these seven years haven’t changed drastically. In 2019, the United States is still experiencing school shootings in increasing amounts, when recently, students of Saugus High School had experienced a chaotic shift of events when 16-year-old student, Nathaniel Tennosuke Berhow, had pulled out a handgun, taking two lives, including his, while injuring three more. Madi Roeschke had been hiding with a pair of scissors in hand, waiting to protect herself and her sister. Being terrified as each minute passed, and as the shooter had still roamed their school halls, having all the power over his classmates, having all the power in the school. Madi had commented to CNN “New Day” Monday, “I honestly was never in shock. I was just crying with my sister, hoping that we would be safe. But I wasn’t surprised that it happened.” And many students had felt similar to what Madi was feeling, feeling hopeless in their nation, as it has been separated more than ever, unable to find a solution to the madness many students have to face now and in the future.

Nobody knows why Nathaniel had decided to take the actions he had taken. On the outside, he was viewed as “normal”, being a school athlete and actively involved in other extracurriculars, he wasn’t the stereotype most people expect school shooters to be. In a case study by Drs. Garry R. Walz and Jeanne C. Bleuer, they have suggested many strategies that educators can help break the barriers that students may have, and that it is necessary to have those significant encounters because there can’t be one single attribute to identify a school shooter when addressing many students that could have their own problems.

But schools have prepared themselves better when in a report by the U.S. Secret Service, they have suggested some key indicators when discussing with a student if they should be considered a high-risk of a potential threat to themselves and other classmates. And implementing lockout drills to be more effective in most schools across America, the results have shown a decrease in casualties. But these disasters does not make it okay to assume that families and minors should adapt and make it into a new “normal” for society, there needs to change. Parents, friends, and educators need to reach to those that close themselves off to the rest of the world, to those that think they are alone. Mental illness is a problem, may it be easily spotted and treated, or a silent killer to oneself and those around them. But to do that, action needs to happen, change needs to come, and even though some organizations and groups in this country are actively trying to find a progressive plan to limit the number of school shootings, that mental health issues are a concurrent problem in this nation, and helping those who don’t want help, even if they need it, can improve the quality of our society not just by limiting the craze of school shootings, but by improving the need to be kind and caring to others.