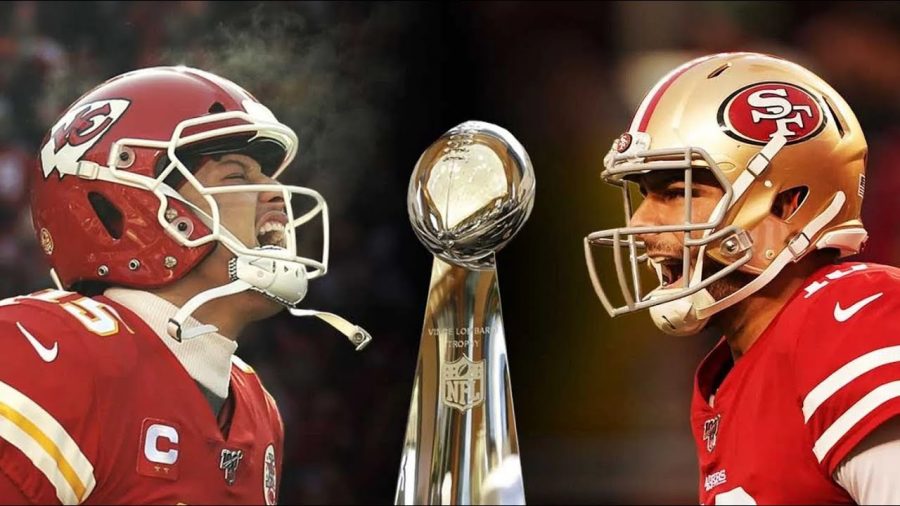 This year held the 54th annual Super Bowl. The San Francisco 49ers and the Kansas City Chiefs played head to head for the 14th time. This is the first time the Chiefs have competed in the Super Bowl in 50 years. Before this Super Bowl, these two teams played against each other in 2018, where the Niners were defeated. 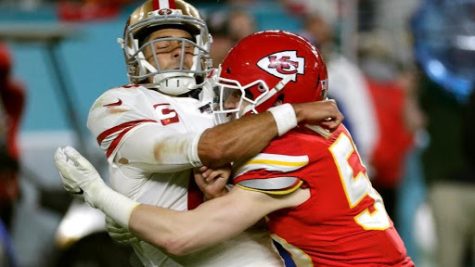 The Chiefs have only won the Super Bowl 3 times, but before the 54th Super Bowl, Vegas was still favoring the Chiefs. After all, the Chiefs have Patrick Mahomes, the best QB this season. The Chiefs have a strong offense but they tend to let the other teams score towards the beginning of the game.
The Niner’s have won 5 Super Bowls prior to this one. Their greatest strength is their defense, which ranked first in the playoffs and second in the regular season, as well as first in total pass defense. They also have Jimmy Gaparolo, a decent QB and good running backs, but with the Chiefs, lack of speed in the secondary could be their weakness. San Francisco will have to go against speedsters like Tyreek Hill, Sammy Watkins, Mecole Hardman and Travis Kelce. 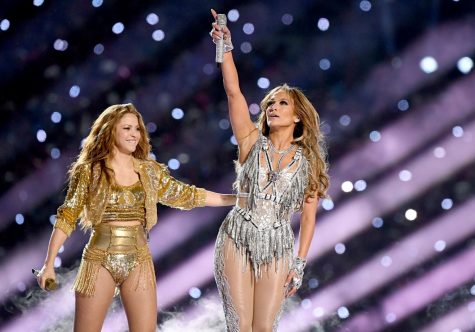 The Super Bowl started with a shout out to the 100th season and all of the amazing past players. They also had a moment of silence for Kobe Bryant and the lives lost in that tragic helicopter crash. Before the game began, Demi Lovato sang the National  Anthem. By the second quarter, Kansas City and the Niners were tied, leaving everyone on the edge of their seats for the Halftime show. During the Halftime show, Shakira and J-Lo did an amazing job singing their hits. Shakira opened with ‘She Wolf’ and sang her hits ‘Hips Don’t Lie’ and ‘Wherever, Whenever’. J-Lo, at one point, in her part of the performance, carried the Puerto Rican Flag while singing ‘Born in the USA’. Her daughter also performed during the Halftime show.
The Super Bowl ads were also up to their usual standard, with Hyundai’s Smaht Pahk and Planters’ Baby Nut. There were also some tearjerkers like Google’s Loretta ad and Starbucks’ ad. While President Trump’s ad was not so popular, others were loved by many.
Despite tying before halftime, the Chiefs won the Super Bowl 31-20 after getting two touchdowns in the last quarter. Now that they’ve won, Andy Reid, their coach, has won his first Super Bowl. Despite the fact that the game wasn’t looking so good for them towards the beginning, this was something typical for them and the Chiefs brought their game back and won their first super bowl in 50 years. 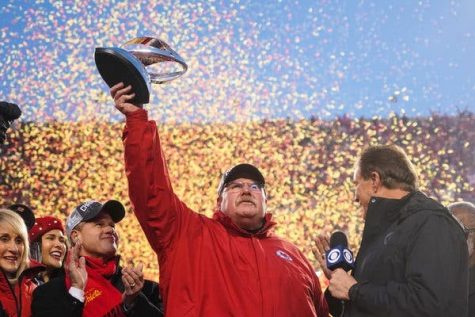