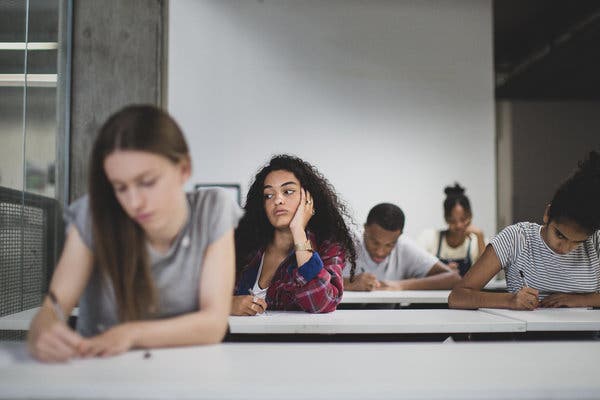 How to Beat Senioritis

Where did your motivation go?

Seniors often hit a wall mid-spring semester that’s commonly known as senioritis. After the stress of college applications have come and gone, acceptance letters begin rolling in, and classes are going smoothly, it can be easy for seniors to start losing the motivation they may have had and begin shirking their responsibilities. From seniors who are university-bound, to those who are simply planning to go to a community college, senioritis affects everyone.

For Kayla Jackson, a senior at Taft who wants to transfer from Pierce to Pepperdine University for a degree in business administration, senioritis has manifested itself in feelings of apathy towards her schoolwork. “I had a really hard hit…and I just felt like I didn’t want to do anything because it was so close to me being done [with the year].”, Kayla said.
In comparison to last semester, Kayla “was really on top of my grades and had all A’s, but this semester I’ve been more lenient on myself and allowed myself to have a B or C.” 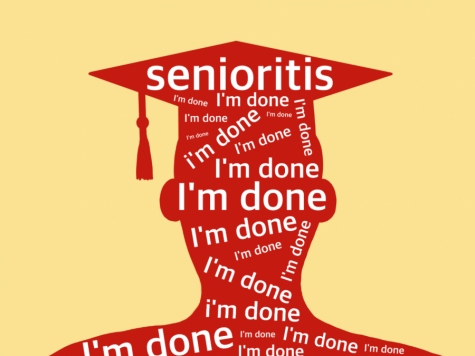 Kayla’s narrative is not an unusual one. According to an article written by Kat Cohen, a college admissions counselor on the HuffPost, it’s easy for students to get that “crash” after college applications are turned in. After all, the effort it takes to complete them can be both mentally and physically draining. However, it is also important to note that colleges still look at the second- semester GPA. In Kayla’s case, having that one B or C won’t hurt her chances of having her acceptance letters rescinded. But “if a student gets into a highly selective college, then drops from an A to a C or D average spring semester, that college will seriously reconsider if that student is prepared for college in the fall.”

In instances like this, an article by Stefanie Weisman from College Countdown recommends keeping in mind that grades do still matter. Even if someone’s application isn’t rescinded, there are other consequences of a lowered grade point average. Poor scores can lead to receiving reduced financial aid or being put on academic probation (when a student would need to maintain a specific GPA in their first year of college to remain enrolled).

Sometimes being in challenging classes in senior year can be beneficial to productivity. Eric Quin has been accepted into four different universities and is taking multiple advanced courses, despite being a senior. Although he has experienced a loss in motivation, specifically in the second semester of his senior year, he credits having classes like AP Literature, AP Statistics, and AP Government for keeping his head above water. “Having APs has helped with motivation and kept me from slacking off as much as I want to be.” Eric said. Similarly, senior Jayna Amouna has been taking Pierce classes to keep her education moving along, regardless of the fact that she is going to community college after this year. Even though “I know I’m going to lose motivation and not put in as much effort, I still want to get As in my classes”. These kinds of rigorous academic courses are what Stefanie Weisman believes can give seniors something to look forward to and challenge them during a period when time feels like it’s dragging out. It is far more difficult for someone to completely give up on their studies when they know that there is a looming AP test over their heads or a college class they need to attend. Plus, it never hurts to get a little college credit. 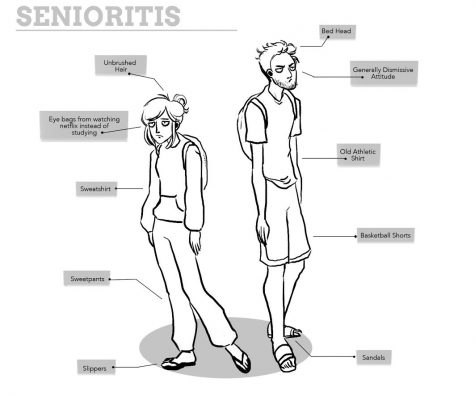 In the event that a senior hasn’t started to experience senioritis or just sensed that it might be coming on, there are ways to curb the urge to slack off. Kat Cohen from HuffPost believes that improving study habits will not only “help combat senioritis, it will also prepare students for the rigors of a college curriculum come fall.” A large portion of being able to improve study habits is preventing oneself from falling into bad habits to begin with. Lana Kaladjian is intimately familiar with what it’s like to fight off senioritis and continue working to achieve her goals. Lana experienced a drop in ambition earlier than most seniors do. “I actually had no motivation in my junior year because I already knew I was going to Pierce and I was [simultaneously] tackling two AP courses.” Lana said. She attributes the resurgence in motivation as a result of awareness that “Political science is a competitive major and if I do want to transfer [from Pierce] without problems, then I have to continue to be motivated.” With this realization, Lana was able to not only take an AP and honors course in her senior year, but keep her GPA consistent and continue to build strong study habits that will help prepare her for her next stage in life.

Senioritis is perhaps one of the most challenging things for a student to combat. And as important as setting goals and finding ways to remain motivated are, sometimes recognizing and setting limits can help tremendously as well. Recognizing when things are simply too much can help seniors properly prioritize their responsibilities and can combat overall burnout. As a result, students will be motivated to actually go about pushing themselves to maintain a high academic standard for themselves until the very last day of high school.