Coral Reefs Could Go Extinct by 2100 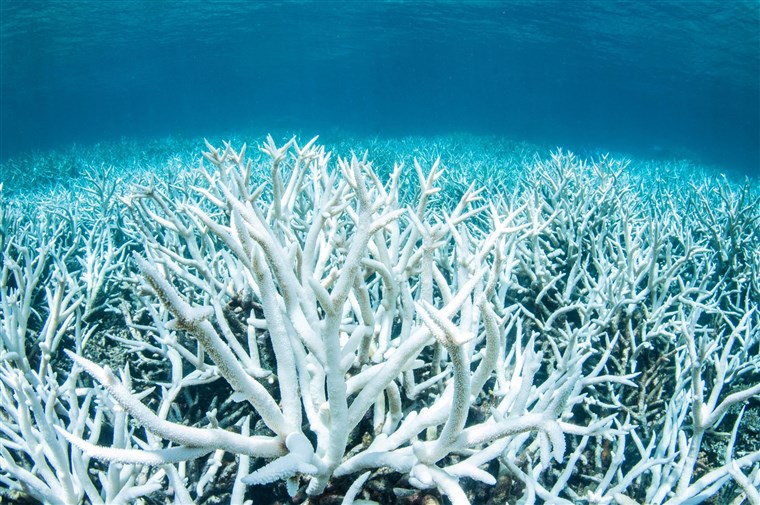 Climate change has been the cause of many disasters in the past years. Coral reefs going extinct might be an addition to that list waiting to be made. According to Dennis Chow from NBC News, “Climate change could wipe out almost all coral reef habitats around the world by 2100.” Climate change has caused oceans to become warmer and seas to become higher. Restoring dying coral won’t work because global warming continues to wipe out habitats that support healthy reef systems. Renee Setter (biogeographer at the University of Hawaii)

and her colleagues have found that by 2100, few to zero suitable habitats for corals are likely to remain. They have also stated that corals are most vulnerable to changes when their environment is driven by human-caused greenhouse gases, such as carbon dioxide, trap heat in the atmosphere, and increasing global surface and ocean temperatures. When greenhouse gases, such as carbon dioxide mix with ocean water, results in acidic ocean water. The acidity is so bad that it causes the ecosystems to undergo so-called bleaching events. The National Oceanic and Atmospheric Administration has said, “about half the coral in Australia’s Great Barrier Reef have died after record heat triggered mass bleaching.” When they mention coral bleaching it means corals are stressed by changes in conditions such as temperature, light, or nutrients. Then they start expelling the symbiotic algae living in their tissues, causing them to turn completely white. Bleaching events aren’t the main cause of the coral reefs diminishing existence. Although, the events do make the coral reefs become particularly susceptible to disease, and since oceans proceed to warm at an accelerated pace, many reef systems are under siege. Many people have been helping to clean up pollution in the oceans and projects to restore at-risk reefs have been acknowledged, but if the causes of climate change aren’t further addressed then the ocean ecosystems will continue to decline. Setter explains, “Trying to clean up the beaches is great and trying to combat pollution is fantastic. We need to continue those efforts. But at the end of the day, fighting climate change is really what we need to be advocating for in order to protect corals and avoid compounded stressors.”

Maintaining the coral reefs and protecting them is important. As you’ve read, coral reefs are diminishing in existence and if this continues, it will affect us and our oceans greatly. The National Oceanic and Atmospheric Administration stated, “Coral reefs support more species per unit area than any other marine environment, including about 4,000 species of fish, 800 species of hard corals and hundreds of other species.” Corals are considered key to finding new medicines for the 21st century. They also provide economic and environmental services to millions of people. Healthy coral reefs take part in contributing to local economies through tourism. Believe it or not, reefs protect us! Reefs buffer adjacent shorelines from wave action and prevent erosion, property damage, and even loss of life. They also protect the highly productive wetlands along the coast, as well as ports and harbors and the economies they support.