How to Help the Homeless 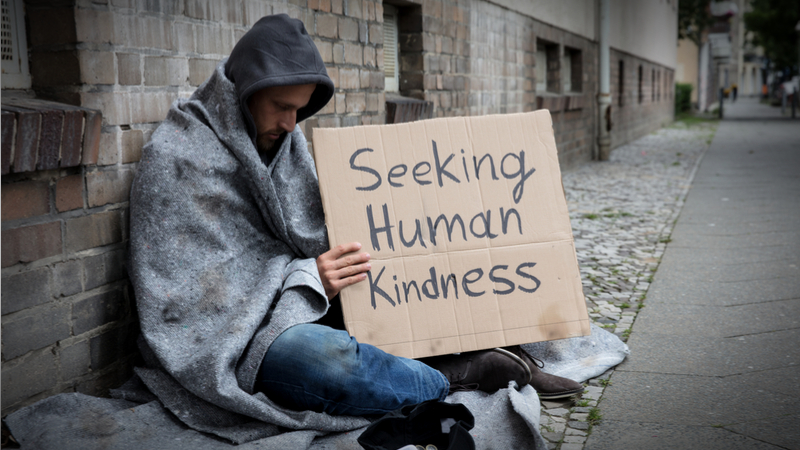 There’s a lot of stigma around the homeless. Often homelessness is ignored because of the blame put on the victims of homelessness. A lot of the time, people look at the homeless and wonder what they did to put themselves in that position. However, there are many difficulties that aren’t factored in.

According to a 2014 study done by Harvard Medical School said that an estimated 15% of the homeless population have mental health issues. However, 30% have both mental health issues and drug addiction. Living on the streets can also cause health issues from too much sun, lack of proper vitamins and simply being outside for too long. Many people also assume that homeless people can just get a job. However, in all applications, you need a home address and a phone number. So, it’s a bit more complicated than people make it seem.
The homeless problem in America is not something that can be easily fixed, but there are things you can do to help, things that may seem small but can help people so much.

One of the smallest things you can do to help is to just be respectful. Don’t ignore or avoid them. Give them a smile, give them a wave, treat them like human beings. 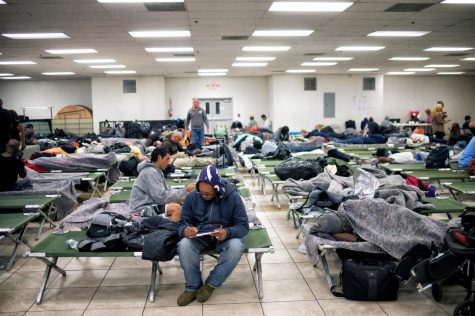 Shelters are a great source for the homeless. You can volunteer if you’d like to help. All you have to do is find your local shelter and give them a call, asking what they need and how you can help.

Donate to them. Most people donate their clothing or items to stores like Goodwill, Salvation Army or other thrift stores. And, while donating to thrift stores is always good, most homeless people do not shop there. If you’re donating clothes, consider the homeless. Donating food and money is also a great practice. If it’s winter, offer a blanket or some warm food. You can even donate to shelters that help the homeless. Homeless shelters also take volunteers, so volunteering can also be a way to give back to your community.

Here are some of the most recommended items to donate to the homeless:

Socks. Clean socks. Having socks is a surprisingly important thing that people often forget.
Unscented baby wipes. They’re a good thing to help keep you clean.
Tampons. Tampons are rather expensive but buying an extra pack to give to someone can go a long way.
While on the topic of personal hygiene, toilet paper is also a great thing to give people. However, some may not need it because they use public facilities, so it’s always good to ask.
Water bottles are always great, whether you’re donating to a shelter or handing out. Everyone needs water.
Food. This may seem obvious but, giving food is always helpful. Preferably foods that don’t require a lot of preparation. Fast food is good.

While these are all great ideas, it’s always great to ask. Certain people have certain needs and it’s always better to help people by simply asking what it is they actually need. Who knows, maybe they would just like company.
Homelessness is an extremely complex problem but there are ways the average person can help.