What is Tiger King and Why is it So Popular? 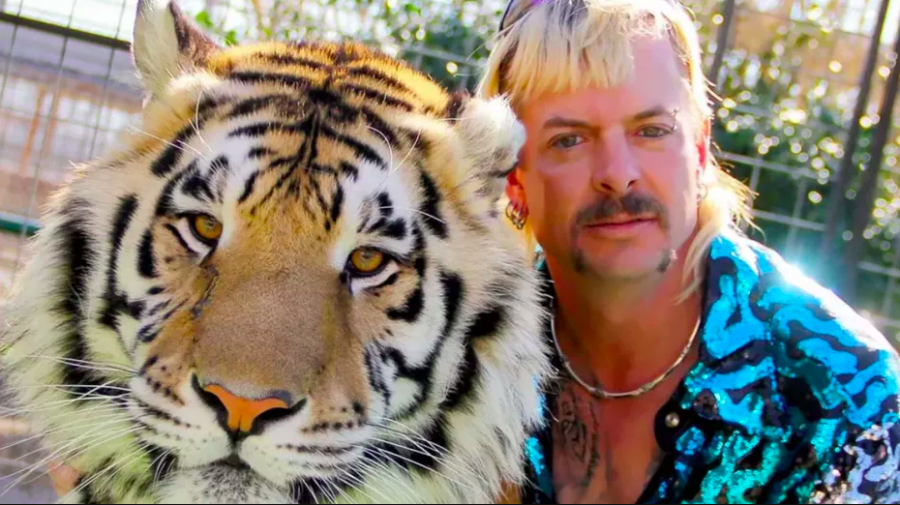 “Tiger King” is a popular Netflix documentary that has been one of the most viewed series during the COVID-19 quarantine. According to data from Business Insider, “Tiger King” is one of Netflix’s most in-demand true-crime docu-series ever. The people the docu-series is about and their stories are absolutely mad. It’s so popular because the whole story is so far beyond anything or anyone most of us knows or has come in contact with. The most shocking part of the whole series is that none of it is scripted and that this is real life and not some kind of far fetched movie.

“Tiger King” is about the life of zookeeper, Joe Exotic, and the exploration of what goes on behind the scenes of big cat breeding. The Netflix documentary took a total of 5 years to film while following Joe 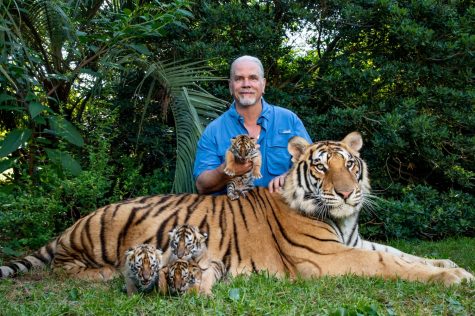 Exotic and his nemesis Carole Baskin (The owner of wild cat sanctuary, Big Cat Rescue). Baskin had continuously tried to take down Joe Exotic,  while Exotic tried to continuously ruin her image through any means necessary, including a self-made tv station. The documentary starts out truly being about Big Cat breeding but as the series progresses it takes many different twists and turns, making many bring to question if the show was ever truly focused on the issue of cat breeding. A true problem in our country. Big cats are bred each year in captivity to create opportunities for people to take pictures with the cubs, creating a steady flow of income for the breeders. Selling the grown cats is illegal, and yet, these creatures are found all over our nation. The documentary went from being about the war over Big Cats all the way to love triangles, presidential campaigns, and murder plots. The show is so unbelievable and the events are so outlandish that it is hard to believe that all of the events were real and that is what kept viewers so drawn into the show. Joe Exotic although he has major faults, is a very charismatic and an interesting person to watch. It is also interesting to see how people like Exotic could have so many people devoted to him and his cause. This docu-series escalated so much to the extent of lawsuits, the involvement of the feds, court trials, and eventual prison time for one of the characters of the show. Viewers of “Tiger King” have created memes on Twitter and videos of TikTok to create a discussion and make fun of the characters in the series.