The Conspiracies of The 5g: Is It Crossing a Line?

On April 2 at 10 pm, Britain went into a frenzy involving a wireless tower set on fire due to the mass spread of conspiracies (surrounding the 5g network). According to this conspiracy, radio waves are a form of radiation, and the radio waves from the 5g towers cause our bodies to yield to the coronavirus and help the spread of it. This issue caused such an uproar that over 100 incidents have occurred in the course of a month, including multiple acts of vandalism and arson against these wireless towers. However, there is no proof or evidence supporting claims made by theorists regarding 5g towers furthering the spread of COVID-19. The 5g network is actually just radio waves that allow mobile phones to have faster internet as their radio frequencies work in low, mid, and high microwave bands. 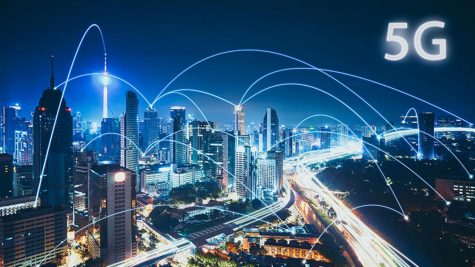 “This month, people have lit cellphone towers on fire in Belfast, Birmingham, Liverpool and the English village of Melling,” NPR’s London correspondent, Frank Langfitt stated. CCTV footage shows an unidentified man in a black cap attempting to burn down a cellular radio tower by pouring a substance from a white container. These acts of violence are still occurring, not only in London but all across Europe. Conspiracies related to the towers are gaining attraction over social media apps such as Facebook groups, with many posting threatening messages. Europe’s security officials are now on the lookout for suspects and future potential attacks. Dr. Jonathan Samet, a dean of the Colorado Public School of Health spoke out on the issue: “To be concerned that 5G is somehow driving the COVID-19 epidemic is just wrong. I just don’t find any plausible way to link them.”. 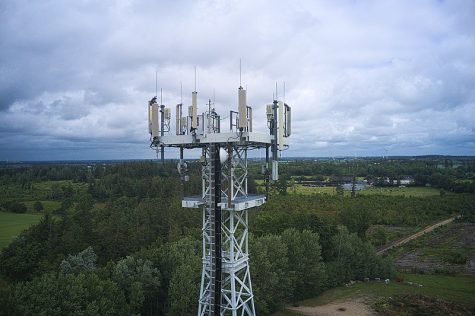 Though the Federal Communications Commission stated months ago that there was nothing to panic over, and radiation from cell towers don’t carry any health risks, many still defend the argument and are highly skeptical. Although not all theories are meant to be taken seriously, there is still a line that shouldn’t be crossed when it comes to conspiracies, especially during the time of this pandemic.

During these unprecedented times, the most authentic parts of us reveal themselves. Over the last couple of months, everyone has had to adapt to a new lifestyle and get familiar with this sudden and historic change. Sometimes, people need something to blame, which is where conspiracies such as the 5g towers come into play. “The main thing that I learned about conspiracy theory, is that conspiracy theorists believe in a conspiracy because that is more comforting. The truth of the world is that it is actually chaotic. The truth is that it is not The Illuminati, or The Jewish Banking Conspiracy, or the Gray Alien Theory. The truth is far more frightening – Nobody is in control.” English writer, Alan Moore, once said.
This conspiracy related to the coronavirus has resulted in unnecessary violence and outrage. As such, it crossed a line it shouldn’t have. Although we are all being heavily affected by this outbreak as we crave the normality we once knew, that does not excuse dangerous behavior that puts others’ lives at risk.