Death of the iPod 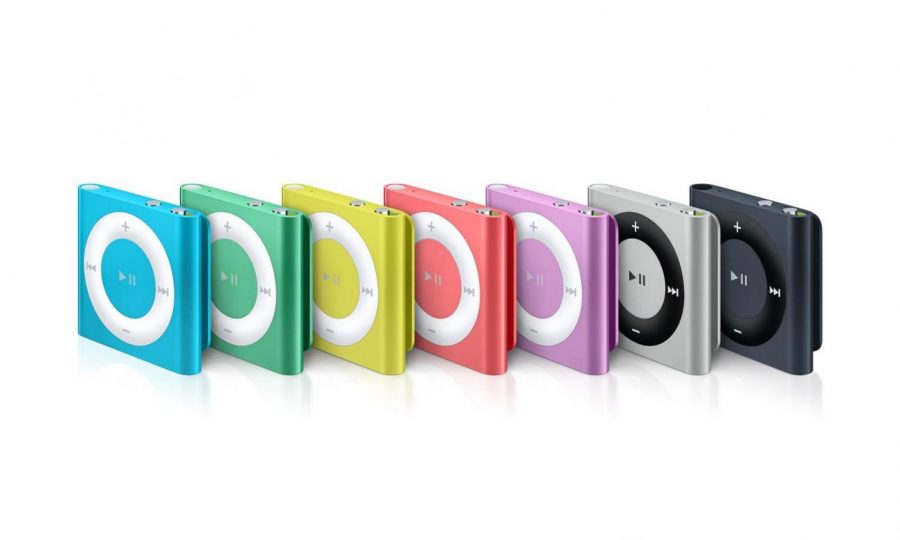 The iPod Nano and its color variations

Imagine the announcement of a new innovation: a portable, hands-free music device that would clip onto your clothes. Smaller than a post-it note and so light you’ll forget it’s there, allowing you to freely move around the house or go on a run, taking your music with you. “It’d be smaller, more efficient to use,” said Isabella Rocklin, a student at Taft and captain of the Cross Country team, in response to the description of this ‘new’ product.

In actuality, this isn’t a new product at all but, at the time of its production in 2005, it was original.

The iPod Nano was discontinued in 2014 along with other Apple iPod products, and while the product may be history, it was a great invention for its time that could have been made better in this day and age.

The iPod was the first major digital music library that could fit into the palm of your hand. The two inch device didn’t even have to connect to the internet to work but it was for that precise reason that it was cancelled. Instead of integrating the iPod into their new systems, like Apple Music, they chose to drop it.

The iPod Nano gave you many of the abilities you can get with Spotify with more mobility than what you’d get with a phone or any concerns with ads and better offline options. It’s interesting to think of what innovations could have been made with the iPod if it had continued to be redesigned. Would it be linked with Spotify? Would they have found an, even more, portable style? Given it more space? More interface? Given it Bluetooth to work with AirPods?

In recent years while Apple has innovative products like the Apple Watch and the previously mentioned AirPods, the iPhone has fallen short of unique. “There were so many cool Apple products and now…it just seems like we’re going too fast,” said Rhea Khonteb, another Taft student, in reference to the iPhone.

Phone size, screen size, camera & screen quality have been the main concerns and improvements of Apple when redesigning the iPhone. It seems that phone companies like Apple would rather focus on putting out new products with slightly better looks and inner workings rather than creating any avant-garde designs or making any real improvements. Putting quantity over quality. Money over mind.

Apple generally sets the trend when coming out with a new phone but recently companies like Samsung have been making their own new designs. Samsung returned to the past to bring out the Galaxy Flip and there have been recent rumors that Apple, for once, will be the one following suit.

A company that has been creating new designs with every installation of their newly released commodities has been Nintendo. When at first thought it might be an odd juxtaposition, especially when thinking about their respective products, Nintendo in many ways is similar to Apple. Both companies release new portable devices for their customers to enjoy and while Nintendo has exclusivity, being the only ones with a portable gaming console, they have many varying designs in consoles that users have enjoyed. Nintendo focuses on one console at a time and creates extra accessories to profit off it. It could be a good direction for Apple & other phone companies to go in when thinking of concerns like better innovation and having a more lasting device.

While Apple is still likely to come out with a similar product next time it releases a phone, we shouldn’t put the question out of our heads of what we would want in a more permanent device: one that will be longer lasting, higher-quality, worthwhile and helpful. Doing so will make Apple, and other companies like it, make progress towards change to help us step into a new technologically advanced age that users of the iPod back in the 2000s imagined the ‘20s would be.