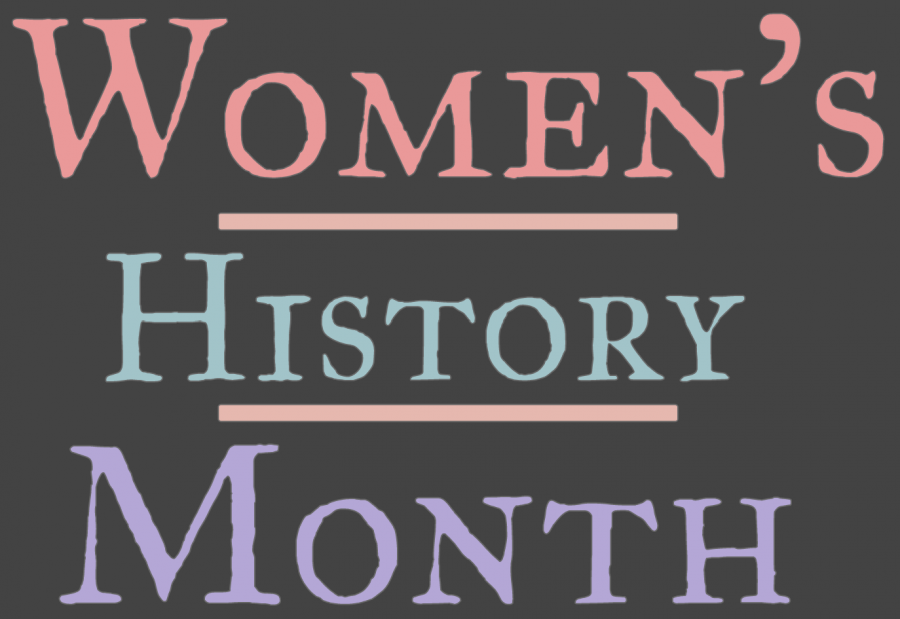 March is Women’s History Month, a 31-day celebration to support and commemorate all women. Although it has come to an end, that by no means is a reason to stop recognizing all of the amazing women in the world. Whether they changed the course of history or simply changed the course of someone’s day, women are celebrated over the course of the month. While every woman in the world deserves to be recognized and loved during this time, below are some trailblazing women who have changed our world in recent times.

For the first time in United States history, there is a woman, a black individual, and a person of South Asian descent acting as our vice president. There has not been a single vice president in the past to embody any single one of those traits. Her name is Kamala Harris. Harris was born in 1964 to her mother, Shyamala Gopalan Harris, who dreamed of curing cancer and always inspired her daughter. In 1986 Kamala Harris would go to Howard University, and after receiving her law degree, she would become a district attorney in Oakland, California. Promotion after promotion was earned by Harris until she found herself serving as the California attorney general in 2010. She rose to prominence after a speech at the Democratic Convention in 2012 and ran to replace Barbara Boxer in the Senate election of 2016. She won handily. In the coming years, she would defend same-sex marriage, speak out against police brutality, and scrupulously question at the hearings of Supreme Court justices, until she announced her presidential bid in 2019. While her campaign was shut down by the end of the year, her politics aligned with nominee Joe Biden, and naturally, she was selected to serve as his vice president. On January 20, 2021, her inauguration made history, or more appropriately, her-story. (Source)(Source)

Stacey Abrams was born in Madison, Wisconsin, but grew up in Georgia. By the time she was a senior in high school, she was writing speeches for political candidates and getting ready to attend Spelman College. Abrams served in the Georgia House of Representatives for more than a decade, and by the end of her tenure, was the Democratic minority leader. In 2018, she made a bid for the governorship of Georgia and lost by a narrow margin to the opposition. After her loss, she dedicated herself to registering as many Georgians to vote as possible before the 2020 election. Abrams established several organizations, including Fair Fight, to register people of color across Georgia to give them the ability to vote. Her work, registering thousands of voters, gave Joe Biden 16 additional electoral votes (flipping Georgia blue), as well as defeating both of the incumbent senators, which gave the Senate a Democratic majority. (Source)

Dr. Katherin Jansen is the Senior Vice President and Head of Vaccine Research and Development at Pfizer. Originally coming from Germany, and having graduated from Phillips University in Marburg, Germany, Jansen was well on her way to becoming a doctor. After completing her education at multiple Ivy League Universities in the United States, Jansen rose through the ranks at Pfizer, until she landed as the head of vaccine research. In the past, she has worked to create medications and vaccines addressing bacterial infections (pneumococcal diseases), as well as diseases caused by Neisseria meningitidis serogroup B. Most notably, however, in recent months, she has been key in the development of Pfizer’s vaccine addressing Sars-CoV-2, more commonly known as COVID-19. Pfizer was the first major pharmaceutical to release a vaccine, in November, and is planning to create 100 million doses (200 million shots) to the United States by July. Her efforts were key in creating a solution to the COVID-19 pandemic, and she created a huge difference in the world through her tireless work and research. (Source)

Jacinda Ardern, born to a Mormon family in 1980, associated herself with the New Zealand Labour Party as early as age 17. After traveling through Britain, as well as parts of Asia and the Middle East once she became president of the International Union of Socialist Youth, she soon was elected to the New Zealand Parliament and would advocate for national mandates in schools for teaching the Maori language, as well as stronger climate change action. She became the prime minister in 2017 and was loved throughout her country. She would lead the partnership and coalition of the Green and Labour Parties and responded with composure and confidence after there was a terrorist attack by an Australian white supremacist in the 2019 mosque attacks in Greater Christchurch. Ardern also gave birth to a baby in 2018, remarkably, considering that no leader of a country had given birth in office in nearly 30 years. Most notably, Ardern’s COVID response has been revered around the world. Quick action at the beginning of the pandemic has ensured that now in New Zealand, mask mandates and social distancing are no longer necessary, and collectively, there were only ever 2,000 cases and 25 deaths across the nation (to date). Ardern’s swift leadership saved New Zealand multiple times, and also makes her an inspirational and motivational feminist icon. (Source)

Chloé Zhao, the director of the new film Nomadland is the first Asian woman to ever win a Golden Globe for best direction. Better yet, not a single woman has won since Barbra Streisand won for Yentl, nearly 40 years before. Born and raised in Beijing, Zhao eventually finished high school in the United States, and prior to dedicating her life to film, she majored in political science and had jobs ranging from party planning to bartending, and real estate. She eventually found herself studying film at NYU’s Tisch Schools of the Arts, and from there, would create her first short film in 2010. Zhao directed her first feature film in 2015, called Songs My Brother Taught Me. She would go on to direct several other films, until, Nomadland, based on a nonfiction book where a wanderer woman winds up connecting with other wanderers across the country, as she takes up a series of odd jobs and lives as a nomad. Zhao transformed this piece into a note-worthy film and made history at the Golden Globes. She is nominated for best director again at the Oscars, and Nomadland is also nominated for best screenplay. (Source)