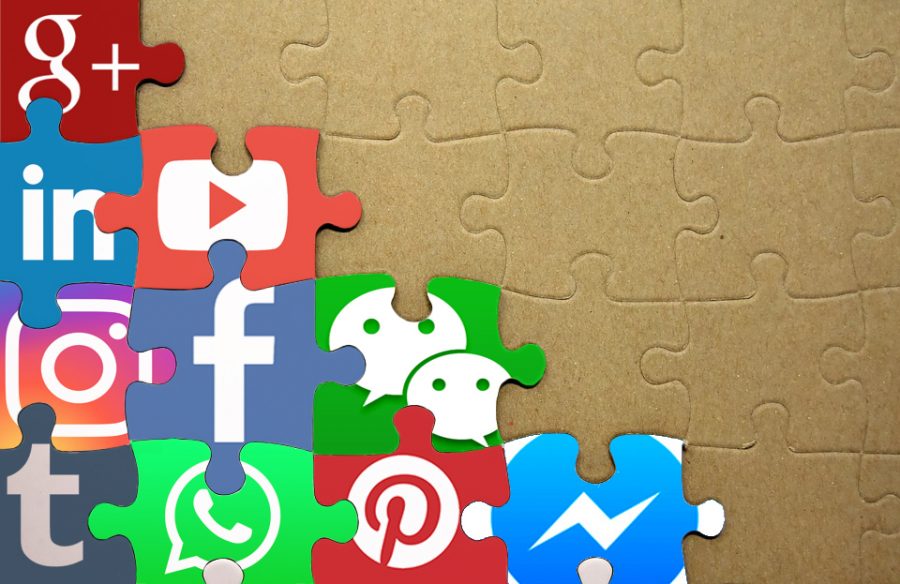 Some of the many social media platforms.

Consumption, corruption, and narcissism: all key components of the atmosphere that social media not only creates but glorifies and promotes. These words all have a negative connotation and relation to toxicity as a collective and detrimental presence that dominates social media platforms. There is a nature about social media that absorbs one’s psyche and along with it, one’s control over their intake of media entirely. This originates from how these platforms are constructed as limitless and everlasting scrolling. This is where one is most susceptible to becoming consumed and mentally isolated within this very dynamic.

Taft Sophomore Lou Vaes states, “ While I do not turn to social media often, I absolutely feel its impact mentally when I do. I have a bit of fun scrolling through content, but afterwards the feeling of exhaustion is overwhelming and I find that my concentration grows poor. Not to mention that all of my valuable time is wasted.”

Lou explores this very issue of consumption through his personal experience as he alludes to the listless state of mind where time is fleeting and where you are within a separate reality, where short term pleasures become means of escape and occupation. This kind of mental space is exactly that of the consumed, and once you have ended a session of consumption, exhaustion is only natural when one returns to reality, and reality collides with this consumed mentality. The process of fully returning from this state does take time and care, and concentration can be poor afterwards because this process is still taking place.

The universal recognition of the unhealthy and toxic influence that cycles like these have on young people is profound. Mental corruption also has a profound role here, for it is this very influence that births it. Taft sophomore Sarah Diamond states, “ If someone is continuously on social media, or if social media is dominant in their daily life, their exposure to a variety of unhealthy and at times fatal influences is predominant. (for example) Influences such as bullying, harassment, abuse/violence, unrealistic beauty standards, etc..”

This kind of exposure is exactly where corruption is most dangerously prevalent. The presence of young, susceptible individuals on platforms where all of these influences are accessible is overwhelming. Due to adolescent mental fragility and susceptibility, the internalization of unsafe and hazardous content such as the examples Sarah had mentioned is inescapable and can result in the corruption of young minds and hearts, causing detriments to mental health such as body dysmorphia, depression, anorexia, anxiety, self-harm, etc.

This is why it is beyond important to not only recognize the detrimental influence that social media has on humanity collectively, but to take action in opposition to toxic frameworks as we are the same humanity that continues to integrate the media deeper into our lives. This is why it is essential that we create a welcoming and safe environment online and in the public media for people of all kinds, but especially for young people. We are the future and our influences and choices must reflect dignity, honor, respectability, and growth outside the virtual world, and into the wonder and potential of our reality.