Procrastination and Its Effects on Teenagers

Procrastination and Its Effects on Teenagers

A Student’s Most Ferocious Enemy, Procrastination

Have you felt extremely annoyed by homework? Not wanting to reach across the seemingly unreachable surface of the table to get the pencil? Feeling sleepy all the time for no apparent reason? If so, you may have a severe case of procrastination. Researchers in the US have found that procrastination is the main cause for student’s habits to worsen, and lower their grades as well as their academic capacity.

While students tend to have distinct capabilities and states of being, there is an agonizing problem that affects all of them, procrastination. It’s a problem seemingly insignificant, but that can, over long periods of time, have a drastic change into one’s life.

Procrastination doesn’t allow students to work properly, it limits their focus and often makes them get distracted more often when working on something, which is why it’s a deadly threat to your grades, as one wrong choice could lead your academic efforts to ruin. That is if the procrastination habits allow to put in any kind of effort at all. In the world, one in five people procrastinate. 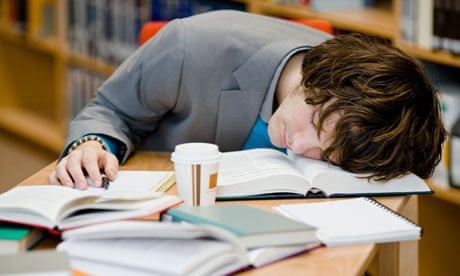 But what is procrastination? Simply put, procrastination is the act of delaying or postponing something. Some procrastination may be caused by disorders such as ADHD, but that is not the only cause. For many, it’s simply a bad habit, that you may never beat.

“It is utterly a tormenting state of mind that doesn’t let you work at all.. Trust me, I’ve dealt with it up close for 3 years, most of my high school years, and caused me trouble for such a long time, it’s frustrating really, I wish I could just not have fallen into the procrastination habit,” says an interviewed student at Taft High School.

If you want to fight procrastination you might want to improve your time management skills. To implement time management into your life, You can start by eliminating distractions while you work. This means no phones or television or anything that will keep you from finishing (or starting) what you need to do. Getting organized is also very important, so try creating a checklist and using your calendar. If you’re already working, reward yourself with short breaks every once in awhile. It can help relax your brain and gives you a better incentive to continue working. Along with breaks, making sure you have a good night’s sleep can help you stay concentrated on the task at hand. 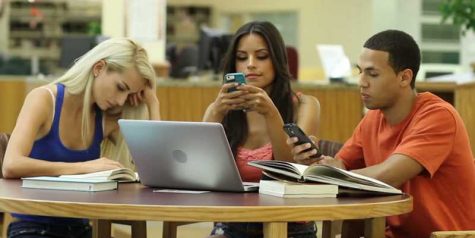 The tool that increases procrastination, the phone.

While it might seem difficult to do, beating procrastination is the key to success in school, and in life.