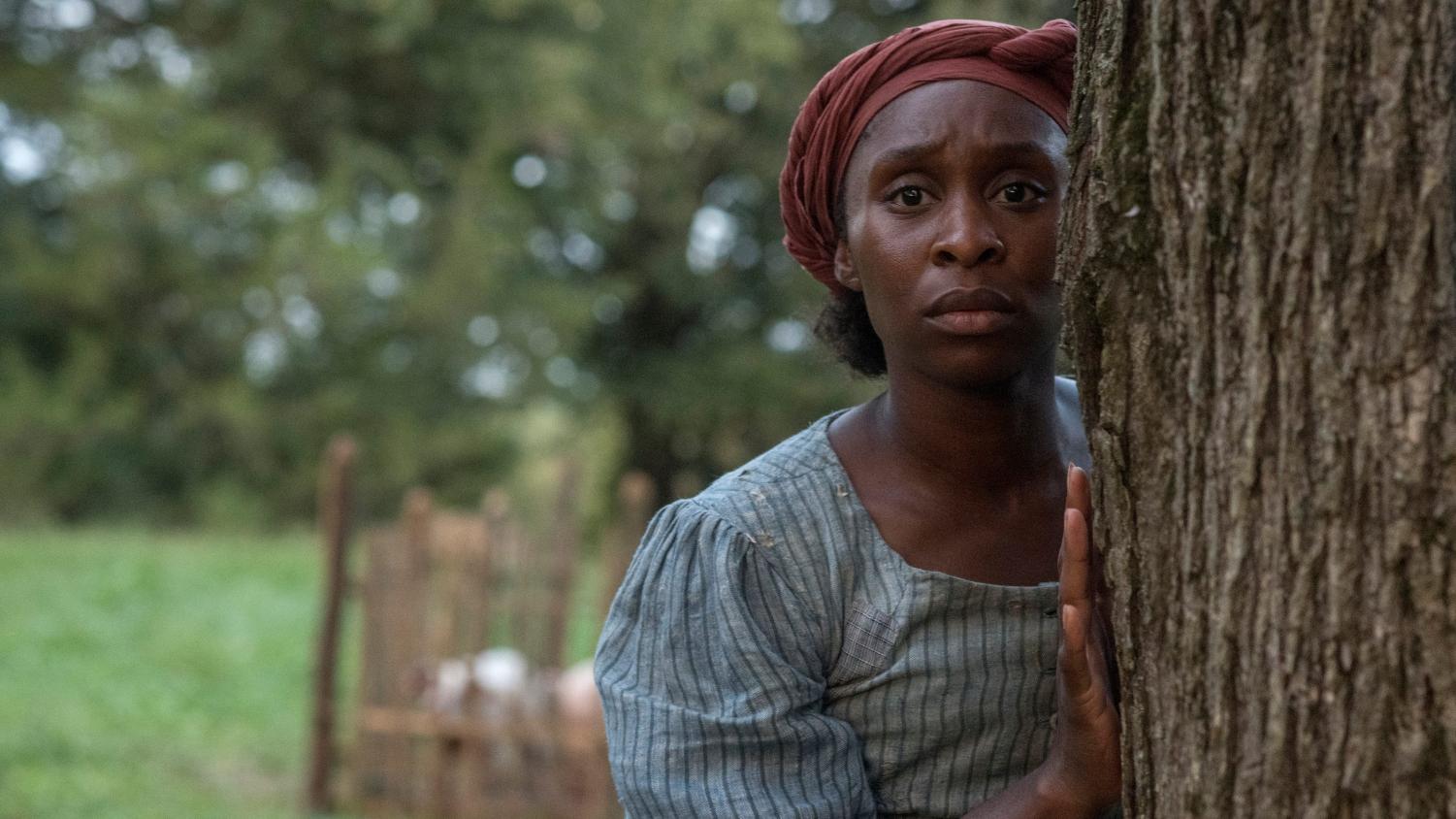 On the 1st of November , the movie Harriet was released in theaters throughout the United States. The movie follows a  real phenominal hero, originally born Araminta Ross, or Minty Harriet Tubman escaped slavery, became an abolitionist, and fought in the American Civil War. This movie centers on Tubman’s escape from slavery in Maryland in 1849 and her process of returning to the south and rescuing more than 70 enslaved people through a system known as the Underground Railroad.

Although this movie begins with Harriet as a slave, Lemmons rejects the idea  of the story being a “slave narrative”. “It’s a freedom story,” she clarified. “It’s about what a person is willing to go through for freedom and to liberate others.” And, frankly, I couldn’t think of a better way to explain this movie myself.

Tubman was born around 1820 on a plantation in Dorchester County, Maryland, to parents Harriet Green and Benjamin Ross. When she was 12, Harriet received a blow from a slave owner on behalf of a fugitive slave. The weight broke her skull open, and she went into a coma for two months which resulted in headaches and narcolepsy for the rest of her life. She also started having vivid dreams and hallucinations which she claimed to be religious visions.

After years of  working as a conductor in an Underground Railroad,Tubman was recruited to help when the Civil War broke out. n1863 she became the head of an espionage and scout network for the Union Army. Tubman died on March 10, 1913, due to pneumonia. Tubman’s legacy continues to live on to this day, even though surprisingly Harriet is the first feature length movie about the American.

Hero Kasi Lemmons’ Harriet is the first full-length film about Tubman’s life,  and there were a few different controversies that arose. One of them being  that audiences weren’t too keen on the idea of a British actress of the Nigerian heritage, Cynthia Erivo, playing the role of the African American escaped slave. People believed that Erivo was unfit to play the role of the iconic Underground Railroad conductor and instead there should have been an African-American female playing the lead. There also were a few objections towards the actor playing the part of theblack bounty hunter, Bigger Long, and the inevitable hero role given to the white slave owner, Gideon. However, despite these controversies, and the discussions in the community, Harriet still managed to be a box office success. According to Hollywood Reporters, the movie grossed around $12 million from 2,059 theaters on its opening weekend alone. It had an A+ CinemaScore and 98% audience rating on Rotten Tomatoes.

Lemmons has accomplished the incredible task of being able to accurately represent the events that occurred in the major historical figure’s life, while still managing to draw in audiences of all genders, ages, and ethnicities. Other films that cover the topic of slavery tend to focus on the actual abuse and torment the slaves  faced. Harriet manages to balance this by showcasing Tubman’s  journey to becoming a liberated woman who earned her freedom and also helped others achieve it. The movie at times is difficult and uncomfortable to sit through because of the brutal and barbaric scenes that forces the audience to face our brutal history. Gideon, Harriet’s old master, and slave tracker, Bigger Long repetitively kick a woman in the face and punch her until she’s bloody and dead. Slave owners make violent, crude references to beating their slaves. The slaves later recount the horrors they’ve endured, like being branded, beaten, gagged, tortured and raped. Harriet speaks out against rape, specifically against girls who are raped “before their first blood.” A man gets hit in the face with a gun and knocked out. Later, we see that he’s been blinded in one eye by excessive abuse. A slave owner is paranoid and thinks her young slave is trying to kill her.

The reality of the abuse and torture the slaves endured is accurately  conveyed, yet we are not engulfed in the intense nature of the situation because we are also gifted with brief moments of wit and humor as well as the scenes that expose Harriet Tubman for her true nature: a fearless, resilient, strong woman who, by some miracle, singlehandedly brought herself and her people to freedom and liberty.

For example, when Tubman and the ex-slave hunter, Walter, were leading a number of runaway slaves to Canada, Walter stops, looking at the giant group of people behind Harriet, and simply says: “We are going to need a bigger cart.”  The situations these characters go through were seriously dangerous and the scenes give off an air of urgency and danger. Certain lines and actions of some characters adds comedic relief while still appreciating the heaviness of the content. Furthermore, the movie captures just a handful of her most powerful and exquisite moments. In one scene, when leaders of the Underground Railroad wrestle with fear and confusion over how they were going to free the slaves, Harriet boldly declares that she will “give every last drop of blood in my veins to free them.” In another scene, when arguing with the leader of the Anti-Slavery Society, about the dangers of returning to Maryland for her family, she bravely stands her ground and successfully brings them back anyway.

We also see the role models who help mold her into who the person she was known for. William Still, played by Leslie Odom Jr., helps and encourages Harriet when she first comes to Philadelphia, teaching her to “walk like you got the right to.” Eventually. William introduces Harriet to the Underground Railroad, where she is quickly initiated as a conductor. Another major figure in Harriet’s life in Philadelphia is Marie, the owner of a boarding house in Pennsylvania for former slave women. Marie takes Harriet under her wing, encourages her to embrace the vision she has which helped her save herself and other slaves as well as teaching her how to be a confident  free woman.

A major aspect of this film is Harriet’s visions and premonitions. We learn that Harriet is deeply spiritual and puts much of her trust in God to give her direction, guidance, and hope. She believes that her premonitions are her special gift from God, and she learns to use them to guide herself to safety and avoid harm from others, which is a crucial part of how she successfully frees so many slaves under the mysterious name of Moses. Often, her extreme faith pushed people to take leaps of faith as well. When attempting to help her family escape, Harriet receives a vision that tells her to cross a deep body of water. Her own brother almost calls her insane until she proves that her visions are true and she does indeed hear from God. In another conversation, Marie tells Harriet that perhaps one of the reasons she’s single is because there is no one on her spiritual level. “What’s a man to a woman touched by God?”.

African- American songs are used to describe the hardships of slavery and to give hope, are sung throughout the entire film. Harriet primarily uses them to summon slaves to freedom. A reason why Erivo was casted for the role was actually for her outstanding ability to portray emotion in her voice while singing. Harriet was later given the name “Moses” by plantation owners as she frees slaves, just as Moses delivered the Egyptians out of the hands of the Pharaoh. Harriet tells her former slave owner, Gideon, that he will die for “the sin of slavery” and says, “God don’t mean people to own people.” And before her own escape, her reverend tells Harriet to forsake fear and to cling to God and trust in his leading.

Overall, the movie is heartfelt and wonderfully executed. Lemmons does a marvellous job of bringing this incredible woman and her amazing feats to life. Even if there were  concerns regarding the leading actress, the way the role itself was executed wasn’t affected at all. Through beautiful cinematography, a tear-jerking script, and realistic costume design, I felt this movie couldn’t have done a better job at representing this woman and all she did and stood for.